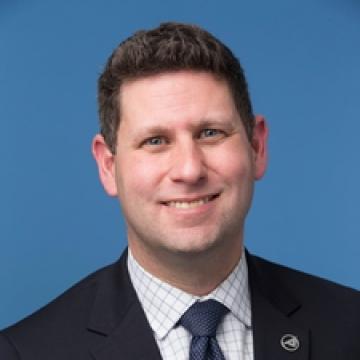 Russell Rumbaugh is a systems director for the Center for Space Policy and Strategy at The Aerospace Corporation, where he is responsible for conducting projects and research on how institutional defense policy affects U.S. operations in space, and has led projects on the history of acquisition reform and reorganization of the Director of National Intelligence. Rumbaugh is a recognized expert on the institutions, processes, and budgets of U.S. national security because of his practical, scholarly, and operational experience.

Rumbaugh has twice served in the Office of the Secretary of Defense’s Cost Assessment and Program Evaluation office, which runs the resourcing and program evaluation process in the Pentagon. He served as both special assistant to the director and as operations research analyst. He also served as the defense and international affairs analyst on the Senate Budget Committee; as military legislative assistant for Rep. Jim Cooper; and as a military analyst at the Central Intelligence Agency.

Previously, as the analyst of defense acquisition policy at the Congressional Research Service, Rumbaugh developed a research program and wrote reports and memoranda that explained to Congress how defense acquisition is affected by changes in policy, technology, and the economic and budget environment. Prior to Rumbaugh’s last stint in the Pentagon, he was the director of the Stimson Center’s budgeting for foreign affairs and defense program. In his time at Stimson, he published work in Foreign Affairs, Joint Force Quarterly, and The New York Times, as well as independent studies examining topics such as defense procurement, public diplomacy, and the cost of nuclear weapons. He has also served as an adjunct professor at Georgetown University and the University of Maryland School of Public Policy, teaching graduate seminars on U.S. defense budgets and planning.

Rumbaugh holds degrees in political science and security studies from the University of Chicago and Massachusetts Institute of Technology.

Rumbaugh earned a (U.S. Army) Ranger Tab and Expert Infantryman’s Badge. He was awarded the Secretary of Defense’s medals for Outstanding Civilian Service and Exceptional Civilian Service, and the OSD Award for Excellence.